An Upside Down World by Les Gillot 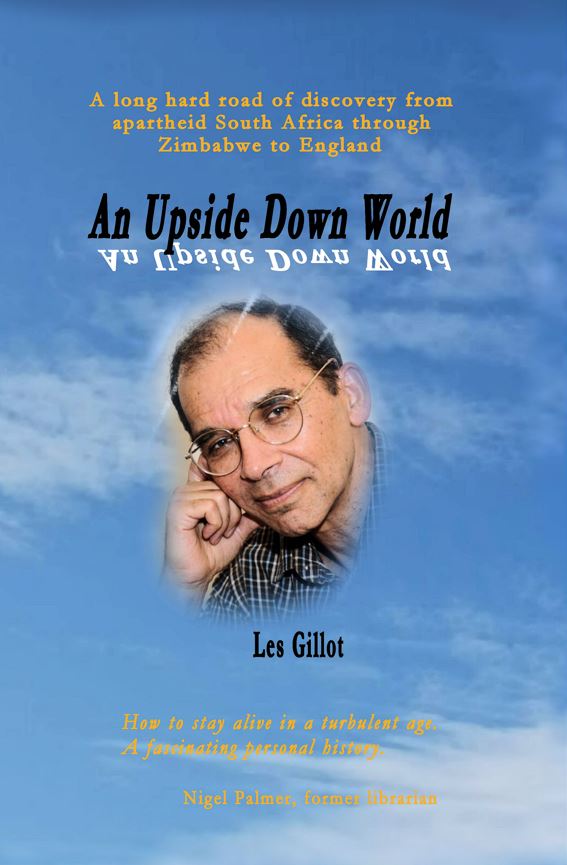 What Les said after reading his memoir...

“My uncle has just seen the book and his wife is wading through eagerly while he waits his turn.”

“‘Les I am proud of you!” were just a few of the shower of praises and compliments he and his wife smothered me with. They could not stop!’

“My uncle says he won’t need to read the book because my aunt keeps telling him about the interesting bits as she comes across them! She says she finds it easy to read compared to most books.”

“They are both over the moon with respect to the book!”

“Couldn’t have done it without you”

How I wrote Les's memoir

Les had already tried to get his manuscript edited by a ghostwriter when he came to me. He was aware that there were still errors that needed correcting by a professional. Together with the young writer who works with me now, we gave the text both a structural edit and a copy edit. We made the most of the suspense in the narrative, and the framing device that Les had partially set up. What we have now is an impressive piece of writing.

Les has a particularly interesting story, that I knew many of his friends will want to read. He was brought up mixed-race in South Africa but his family decided to leave apartheid behind and go to live in Rhodesia. Out of the frying pan….

There are many excellent passages in Les’ memoir and I know I’ll be holding it up as an example of good practice for future clients. He has dramatised numerous scenes from his past and brought them to life with action, description and dialogue. The result is a gripping, and also thought-provoking, read.

An excerpt from Les's memoir

Salisbury was a fast-developing city, the fastest-growing in Africa. It was part of the new and ambitiously constructed Central African Federation, which included Northern Rhodesia and Nyasaland.

Salisbury was also well-known to be a beautiful city. In summertime, the purple-blue jacaranda flowers lined the streets. It was, however, our relaxing times away from the city that I remember most. During the day, you could hear the shrill sounds of steamy savanna grasshoppers, and the call of the solitary fish eagle. It perched above the banks of the eternal, swift-flowing Zambezi river, seemingly on watch over the skittish impala and the dozing buffalo. The log-like crocodile, only nose and eyes peering out of the water, drifted with the flowing current.

An African sunset was unique. The hurried darkening of the skies meant that it was time for the hiss, the snort and the distinctive grunt of the river horse venturing onto land. The overly large-mouthed hippo was an animal not to be trifled with, particularly if he was a lonesome, rogue male.

Up in the Zambezi, fishing with family or friends at the end of a hot day, was blissful. I loved sitting round the fireside watching the twigs, branches and logs burning, and the crackling flames releasing smoky clouds. As we prepared our night’s food on the grill, we had to duck and weave like boxers to avoid the eye-watering smoke. This discomfort was worth it though, for the sizzling, spitting boerewors sausages that would soon be piled on our plates. We devoured them with shark-like gusto, and washed them down with cans of ice-cold Castle lager from the ice pack. Perhaps a few baked beans and some boiled potatoes were thrown in to adorn the meat. There was certainly none of this five-a-day stuff. This was the old days!