A Book for Life by Ernest Bateman 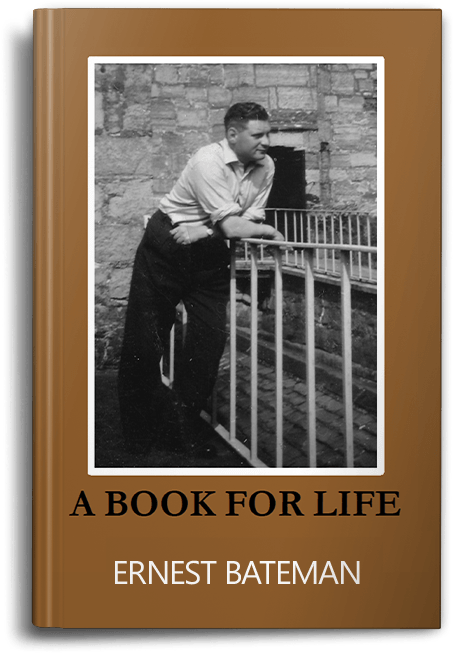 I first met Ernest when he knocked on my door to give me a copy of The Watchtower. He wanted to talk to me about the Jehovah’s Witnesses, but I was more interested in hearing about his own life. When Ernest said he could remember the Manchester Blitz, I was fascinated.

At first, Ernest said he didn’t want to talk about ‘dead babies and people’s guts spilling over the pavements,’ but gradually he started to open up about those painful memories. Of course, I was very interested to hear an eye-witness account of my local history, but gradually I realized that Ernest’s own story was just as intriguing. As a young man, he had struggled to learn to read, and had kept this a secret for many years, even when he became a sacristan in the Church. He finally overcame this problem at an adult literacy class in our local college, but by this time he was 68 years old. Having tutored dyslexic children for many years, I found it moving  to learn what used to happen to kids who had slipped through the net in the past.

Ernest was 85 years old when I first met him, and used a walking frame, but he was still knocking on doors in the locality of his house. We conducted our interviews sitting on two stools in my front porch,  so as not to break Jehovah’s Witness rules about entering people’s houses. There was just room on the shelf for my voice recorder, my notes, and two cups of tea!

I’ve been delighted to hear how popular Ernest’s book has been at Kingdom Hall. To date he has given away 90 copies of his book!