Petals on Paper by Savita Singh 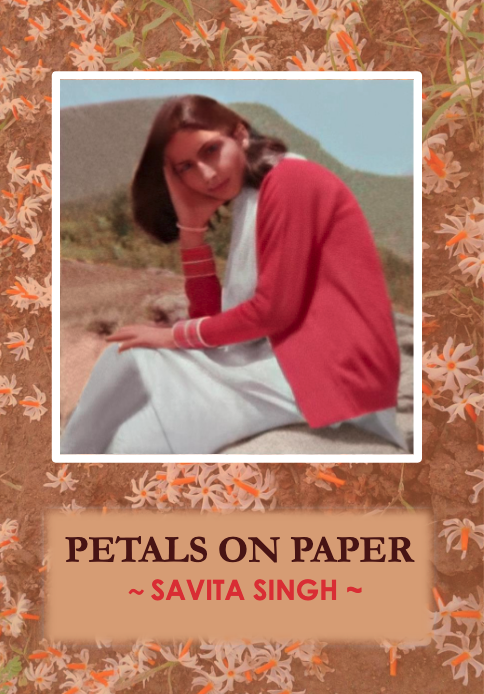 How I wrote Savita's memoir

When my Indian friend Sakshi asked me to help write her mother’s memoir, I was very excited. I’ve always been interested in Indian culture and I’ve watched loads of Indian films and read lots of books. Here was a chance to learn first hand what it was like to grow up in a small town in India in the 1950s and 60s. I always research my clients’ backgrounds, but it was a particular pleasure to do that this time.

Because Savita lives in Mumbai, I couldn’t conduct the interviews face to face, much as I would have loved to. Fortunately I had visited Savita and her family a few years back, so I could visualise lots of the places she mentioned. Instead of sitting in the living room of her flat in the city, we communicated over Skype instead. I chose this method because it’s easy to record the live conversations, save them to the computer, then transcribe them later.

Savita took pictures of all her old photos using her mobile phone, and sent them to me by Whatsapp. One or two were water-damaged but I had them restored professionally and now they look good as new.

When Savita’s daughters read her book, I was delighted to hear they were discovering lots of things about their mother’s childhood that they didn’t already know. When I hear clients’ families say things like that, it gives me the biggest thrill of all.

What Savita said when she read her memoir...

“These questions remind me of everything. When I tell you all these things, it reminds me of all these scenes. In your daily life, you never usually bother about the past, but when you ask me, all these pictures come to my mind.”

What Savita's daughter said when she read her memoir...

“I think my mother enjoyed sharing, remembering and reliving her life story. Life goes by so soon but this gave her an opportunity to pause and reflect, which is often rare. It was truly a special experience for her. I found out lots of things I didn’t already know about her.”

“I liked the way Joss interviewed my mother. She is a very sincere, committed and creative teacher, and now a memoir writer. It helped that we knew each other and had spent time together with each other’s families. She went into the details and created a conducive environment so that the interviewee could feel free to express themselves.”

“When my mother first saw her book, she was speechless. It is a compact and beautiful keepsake for the family.”

“I am really grateful to you for taking up Mummy’s project and completing it! She really loved it and it meant something to her. It means the world to us.”

“I hope Elephant Memoirs continues to tell many more stories.”

A excerpt from Savita's memoir

In the summer, we children and our cousins used to sleep on the terrace on the roof. We used to put eight to ten mattresses in a line on the floor with nice white sheets and by the time we went to sleep at 10 o’clock it had become cool. We children had a really good time up there and it was a very good experience for us! In the mornings, sometimes the monkey parade would come, and they would take away our sheets. If someone told us they were coming, we would hide the sheets in the rooms. These days people don’t sleep on the terraces so much because they prefer to stay in the rooms with AC.

These days, my brother’s family owns the house and the roof is closed, but in those days it was still open. We often used to have monkeys coming through it into the house. They picked up all sorts of things, like clothes, eatables, fruit, everything. There used to sometimes be 10 or 12 of them, and they could be very dangerous. They were only aggressive when you provoked them though, and mostly they just climbed down a pillar, took something and went away again. If they couldn’t find anything to eat then they took clothes, or even tore the clothes. We were very alert. If we ever saw one monkey come, we knew that a full army would arrive soon. So we quickly removed all the clothes, closed the doors of rooms so they would not enter, and removed fruit from the table, otherwise it would all be flying outside.

We also had birds come in the house. They were usually crows, pigeons or sparrows but sometimes we had parrots also. They were parrot-green colour with red beaks. We could sometimes hear the voice of a peacock far in the distance, but not see it.  There were also flies, lots of flies. That’s why we had a double netted door to every room. It was difficult to sit outside to eat because lots of flies would come. There were many lizards too.